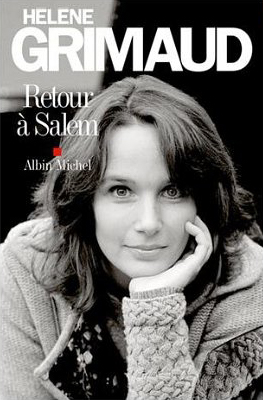 Published on 7 October 2013 in French by Albin Michel.

One evening in Hamburg, Hélène Grimaud enters an antique shop. She doesn’t know that at this precise moment, her life is now Elsewhere, caught in a series of events that will take her back from Europe to the United States, to South Salem, the refuge of her wolves, where she renews, with them, her fight against the destruction of nature.

Autobiography? Fantastic novel? This book that alternates self-discovery tale and personal journal takes us into a vertigo of reality and fiction. In the footsteps of the Romantics that she interprets to worldwide acclaim, Hélène Grimaud invites us to open our eyes, ears and heart. 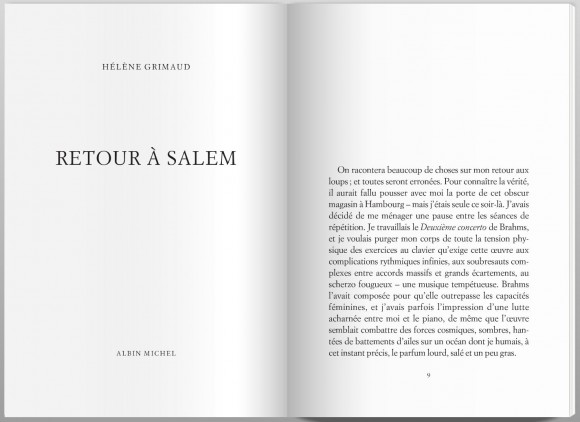 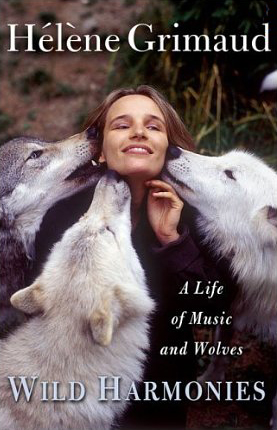 “Variations Sauvages” is in large part an autobiography. Hélène Grimaud talks about her life as a musician and about her environmental work with wolves. The book, however, offers more than pure life history. Grimaud recounts much about the difficulties of growing up, the pressures of being a musician and about finding a niche in life. She juxtaposes these with the history of wolves, drawing the reader in to a better understanding of this animal and how it has been wrongly persecuted by man over the centuries. 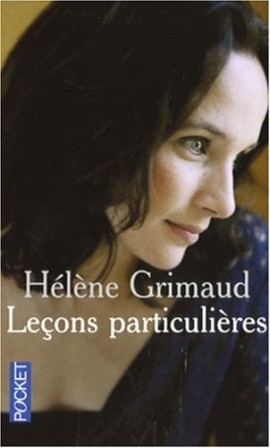 Midway between novel and autobiography, her second book is the confession of an “enfant terrible” in a century full of doubt. In the opening pages of “Leçons particulières” Hélène Grimaud admits that she feels a certain “disease”. She decides to leave New York to go on a journey through several continents in search of herself, taking the reader on a soul-searching journey to places inhabited by music, love, and spirituality. We encounter Liszt, Brahms, and Wagner as we stroll the streets of Venice, Rome, and Hamburg.

This journey is full of beauty, unique encounters, and, ultimately, happiness. The book recounts an inner, very personal journey. At the end of her quest, Grimaud regains possession of herself thanks to the supreme key, the one Rimbaud calls the “musical key”: love.

Her fast-paced account is punctuated by wit and philosophical reflection. Structured like a spiritual movie, halfway between Jack Kerouac and Hermann Hesse, the book is a stirring portrait of an unusual artist and an independent woman. Her intimate reflection will both enchant the readers of Variations Sauvages and attract new ones.