Zurich – the London Philharmonic Orchestra and their chief conductor Vladimir Jurowski presented a full Beethoven programme, in which the fourth piano concerto with Hélène Grimaud stood at the centre. Actually one should write, Grimaud performed the Piano Concerto op. 58 to the accompaniment of the LPO. For it was natural that the charismatic pianist was the draw for the public for this “Master Performers” concert.

Playful, affectionate and freely, Hélène Grimaud interpreted the main theme of the solo piano. This did not mean, however, that she wanted to only show the lyrical side of the opening to the G major Concerto … Grimaud’s interpretation realized instinctively that in this concerto, the piano part is sometimes quite isolated, and at other times closely linked with the orchestra. The extreme example of this is can be heard at the beginning of the second movement, in which the dreamy world of Grimaud’s piano came across over the martial rhythms of the orchestra. 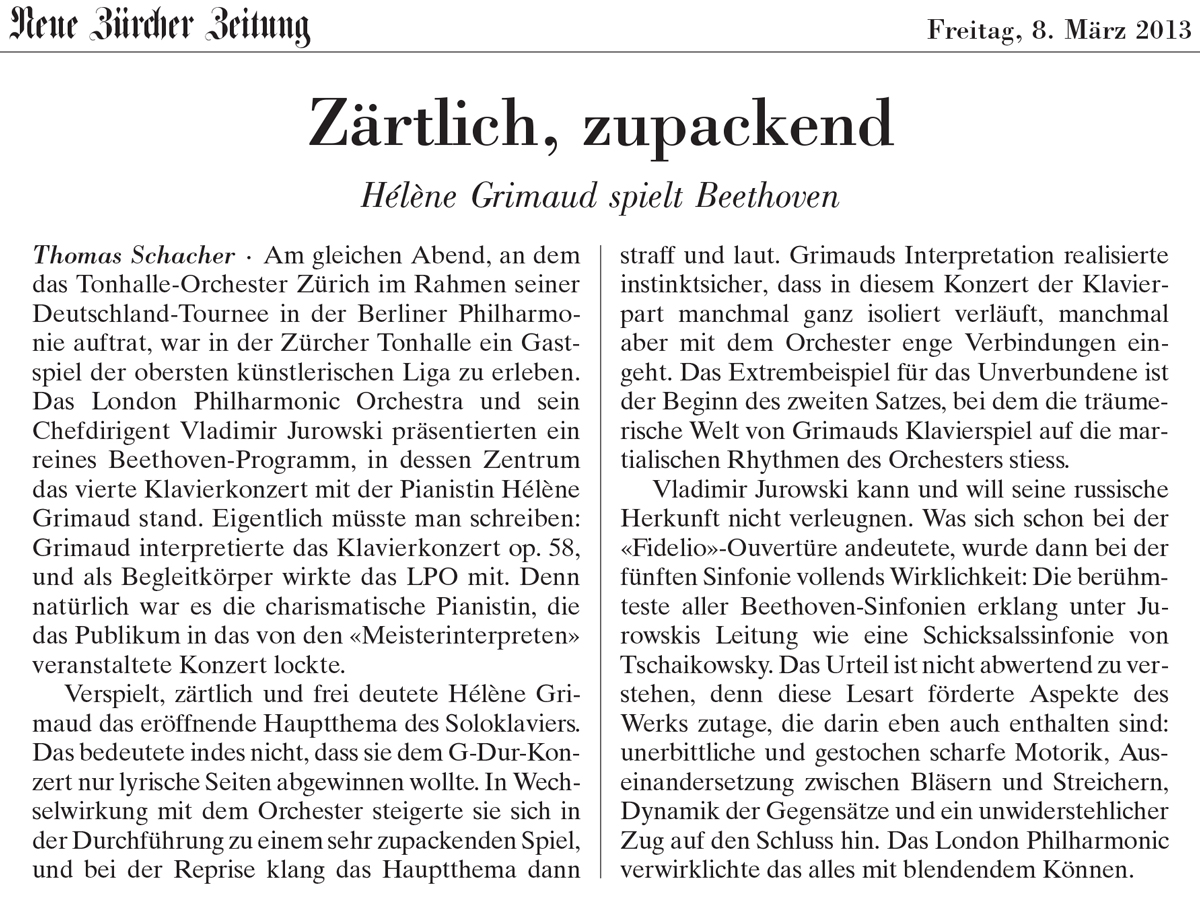