On tour with the Australian Youth Orchestra 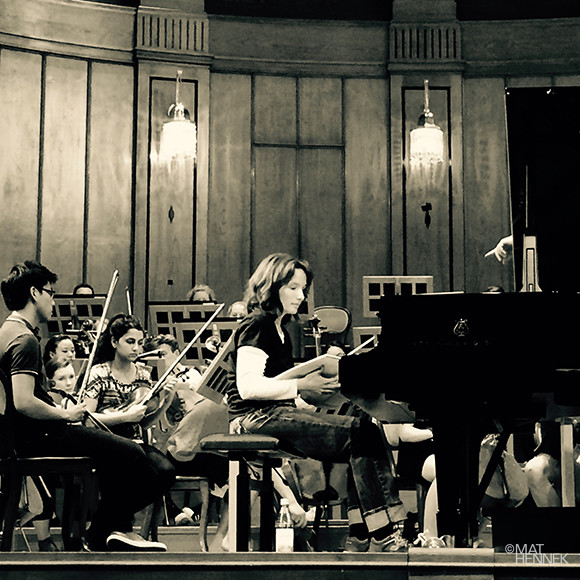 With a performance of Brahms’ First Piano Concerto at the 2016 Kissinger Sommer Festival in Bad Kissingen, Germany, Hélène Grimaud marks the beginning of a new tour featuring nine performances in nine cities on three continents. For this tour, Hélène joins musical forces with the Australian Youth Orchestra and conductor Manfred Honeck. Together they’ll travel from Germany to the Netherlands, then China and finally Australia, the orchestra’s home. The tour will wrap up on August 8th with Ravel’s Piano Concerto in G major at the iconic Sydney Opera House.