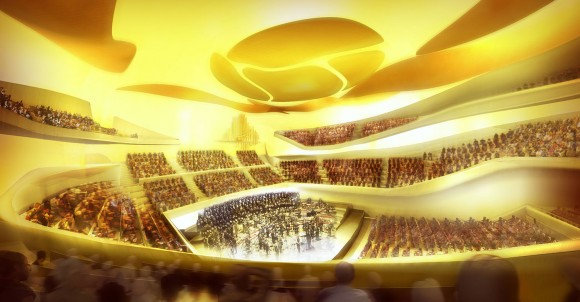 On January 14, Hélène Grimaud will join The Orchestre de Paris and conductor Paavo Järvi along with other star musicians at the highly anticipated opening gala of a brand new performance venue in Paris. The tones of Ravel’s Piano Concerto in G and other works by celebrated French composers will open the Philharmonie de Paris, a modern hall that expands the Cité de la musique complex by what many say is poised to become one of the finest concert halls in the world.

The sold-out performance marks the start of Hélène’s first tour of 2015. She will travel with her water-inspired recital program to Bordeaux (Jan 16), Lyon (Jan 18), and back to Paris (Jan 20). During the last week of January she reunites with conductor Leonard Slatkin and Orchestre National de Lyon for Brahms, performing the First Piano Concerto in Barcelona, Spain (Jan 24 & 25) and France: Aix-en-Provence (Jan 28) and Lyon (Jan 30 & 31).