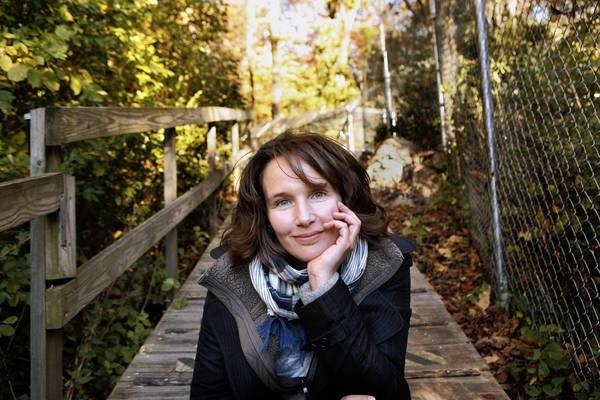 One of the realities of a musician’s life is that sometimes he or she must work on a birthday. After performing a demanding program of Mozart, Berg, Liszt and Bartók and then three encores, French pianist Hélène Grimaud was called back to the Walt Disney Concert Hall stage on Wednesday to the strains of “Happy Birthday” sung by the audience.

Grimaud, who turned 43, last appeared at Disney Hall in 2007, but an episode of heart arrhythmia forced her to end that recital at intermission. This time, from the outset of Mozart’s driven and somber Piano Sonata No. 8 (K. 310), composed in the wake of his mother’s death, Grimaud seemed like a force of nature. In her personal, modern psychological rendition, Grimaud fully conveyed the score’s fury and grief. The especially effective slow movement includes a shattering section that, in Grimaud’s hands, looked forward to Schubert’s haunting late sonatas.

The pianist’s crystalline tone kept any hint of self-pity at bay in the Mozart sonata. It was less effective in capturing the restless chromaticism of Berg’s keyless, youthful Piano Sonata, Opus 1, for which she understandably used a score.

After intermission, Grimaud unleashed a tumultuous reading of Liszt’s one-movement Sonata in B minor. A half-hour work composed by a virtuoso pianist for virtuosos, the score would have benefited from a warmer, more sensuous tone. At times, Grimaud’s cool technical prowess overwhelmed her interpretation. She played the fiendish double octaves in the sonata’s bravura coda so fast that it seemed as if she was trying to catch a train.