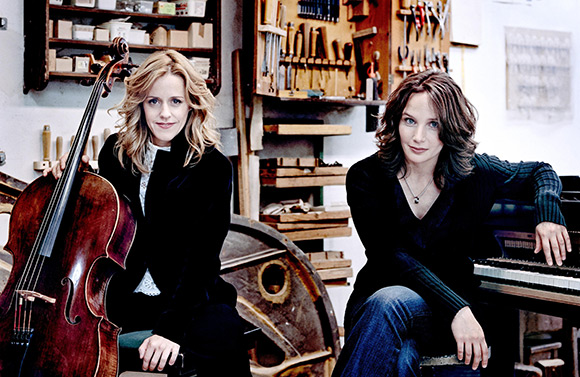 Hélène Grimaud’s album “Duo”, recorded and released in 2012 with cellist Sol Gabetta, has been chosen for an Echo Klassik Preis, Germany’s most coveted awards. The award ceremony – which is broadcast nationwide throughout Germany on ZDF – takes place in Berlin on Sunday 6th October.

Critical acclaim for “Duo” has been unanimous around the world:

“Put on your headphones, close the door and soak in these direct-connection performances of Schumann, Brahms, Debussy and Shostakovich by pianist Grimaud and cellist Gabetta. This is terrific.”
Mercury News (USA)

“It’s one of those recordings that has come out of a festival collaboration: those special environments when top players sometimes have the time and opportunity to find and work with a musical soul mate and that’s what seems to have happened when cellist Sol Gabetta met pianist Hélène Grimaud at the Menuhin Festival in Gstaad last year — an experience they enjoyed so much they’re recorded their recital in the studio.”
BBC Radio 3 (UK)

“I particularly like how the album is not just a showcase for two great artists whose parts add up to something greater, but it also works as a beautiful, easy lesson in the evolution of emotional language in music from the mid-19th to the mid-20th century.”
Musical Toronto (Canada)