Please wait while the audio tracks are being loaded.

It appears there are not any audio playlists available to play.

The track url currently being played either does not exist or is not linked correctly..

Update your browser to a recent version or update your Flash plugin. 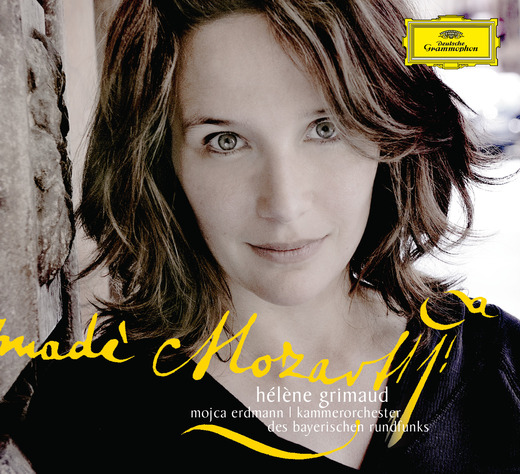 This album marks two ‘firsts’ for Hélène Grimaud – her first live DG recording and her first ever Mozart concerto recording.

The album is the culmination of a musical love affair which began two years ago when the French pianist played Bach with the Kammerorchster des Symphonieorchesters des Bayerischen Rundfunks (Chamber orchestra of the Bavarian Radio Orchestra). From the beginning there was a very special chemistry and musical understanding. In May this year Hélène Grimaud returned to Munich to play Mozart with the orchestra led by her from the piano, in collaboration with the concert master Radoslaw Szulc. The pianist was so excited by the concerts that she was inspired to release this live recording.

Hélène Grimaud considers the concerto in A major “probably the most sublime concerto Mozart ever wrote”, with a slow movement that is “an extremely deep and painful expression of longing, where you find the real Mozart.” The concerto was a ‘must-have’ for this collaboration. The concerto in F major K459 is less well-known, but with a very special vitality and a virtuosic finale that is for Grimaud, “pure pianistic pleasure”.

As well as the two concertos, the album includes the beautiful concert aria for orchestra, soprano and piano ‘Ch’io mi scordi di te’, sung by young DG soprano Mojca Erdmann. Hélène has loved this aria since she first heard it as a child and for her it represents what is most characteristic in Mozart’s music; grace and tenderness. The aria was Mozart’s declaration of love to the soprano Nancy Storace, his Susanna in the world premiere of “Le nozze di Figaro”. It was composed in 1786, the same year as the Piano Concerto No.23 which it joins here.

Reviewing the Munich concerts, the critic of the Sueddeutsche Zeitung celebrated a “collaboration on the highest level, with a certain friction that makes it different, very special”. The music world can expect something very vital and exciting when the album is released in autumn 2011.