Last night, Hélène Grimaud opened her week of performances with the Bayerische Rundfunk Kammer Orchester, at the Graf-Zeppelin Haus in Friedrichshafen. Performing a programme of Beethoven Piano Concerto No. 4, and Silvestrov’s works for piano and string orchestra, The Messenger and Two Dialogues with an Epilogue, Hélène and the BRKO will visit Innsbruck and Bregenz later this week.

Next week she joins the Leipzig Gewandhaus Orchester for further performances of Beethoven Piano Concerto No.4, before finishing off the autumn period in Stuttgart with her “Water” recital on 17th December.

January 2018 opens with a tour throughout Spain with Zurich Philharmonia and Fabio Luisi, followed by more performances in Zurich and Vienna with Teodor Currentzis.

In Woodlands, Mat Hennek presents genuine portraits of trees, the results of numerous hikes through various forests in Europe and the USA. Hennek sets out to discover extraordinary places in remote and often difficult to access areas, traveling on the road beyond human civilization for days. He removes spatial landmarks, alternately erasing the ground and horizon to unhinged any sense of direction. Light and shadow, pattern and structure build up to an impressionistic hymn—infinite, without a center, without beginning or end.

Fine art photographer, Mat Hennek’s new art book was released by Steidl in April 2017 and has received high praise from critics. His exhibition “Woodlands and Beyond…” featured at the Flo Peters Gallery in Hamburg throughout April and May, following the release of the book.

“Silence the woods? And the pictures speak for themselves? Anything that could distract has been omitted. By itself creates silence, and upload the images to linger. We do not know whether it is the structures that baffle you, or the tremendous variety of forms that are present in these patterns. Every tree, every leaf operates on its own, but everything adds up to a greater whole. The viewer’s gaze and mental attention oscillates between the individual and the whole to find a balance in the consistency of the pictorial compositions.” – Journal21, Stephan Wehowsky

“I let my eyes wander over these very appealing photographs: they do not just like me, they attract me magically… For me, these are highly inspiring invitations to contemplation… I am amazed at the light and the overwhelming diversity of forms.” – Across Cultures, Hans Durrer

“Now the most beautiful recordings of the “Woodlands” have appeared in a high-quality printed and equipped picture book. Also the book form allows the viewer’s eyes to sink deep into the forest. During the hours of preparation, Hennek carefully prepared and arranged the images, to give a profound sense of depth to the eye. The contrasting forests from Germany, Italy, Spain, the USA and other countries also makes it clear that a forest is not always a forest, but always a fascinating visual experience.” – Buchhandlung

“The German photographer Mat Hennek approaches the forest, he shows it as a formal work of art, goes deep into its depths, explores its essence – just as if he were looking for the forest’s soul. They are timeless pictures, which Hennek shows in this textless illustrated book, portraits that limit the forest to the essentials; to stems, branches, leaves; which pushes them out of reality. The viewer can be lost in these forests, can see beings stolen from fairy tales and legends, and guess the animals that roam these forests.” – Schweizerfamilie, Heinz Storrer 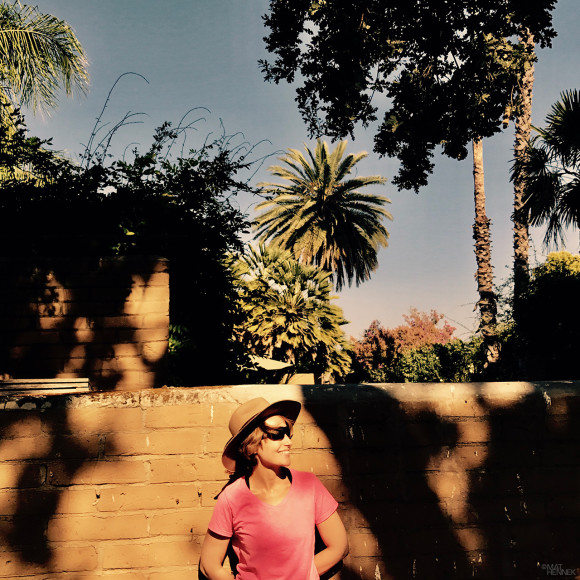 After some time at home with her family this summer, Hélène Grimaud returns to the stage in September, opening the 17/18 season in Gothenburg as ‘Artist in Residence’ with the Gothenburg Symphony Orchestra. She will perform Ravel’s Piano Concerto in G, conducted by Lionel Bringuier, as well as performing with members of the orchestra in a chamber concert.

In October she joins the Lucerne Symphony Orchestra and James Gaffigan playing Beethoven’s Piano Concerto No.4 and will present the multimedia concert project “Woodlands and Beyond…”, a collaboration with Mat Hennek which was premiered in Hamburg last season, in Lucerne, Paris and Ludwigshafen. Hélène’s autumn period closes with further performances of Beehthoven’s Piano Concerto No.4 with the Kammerorchester des Bayerischen Rundfunks and the Gewandhaus Orchester.

Here is a full list of Hélène’s autumn performances:

End of Season in Europe 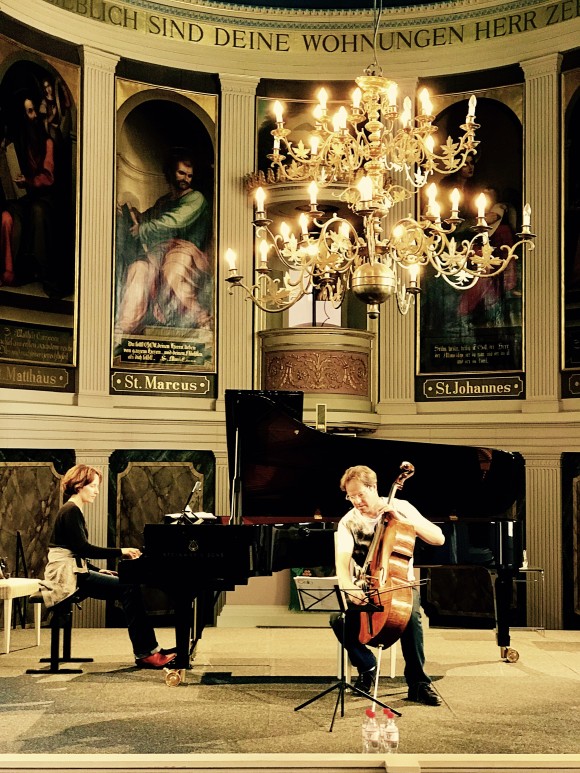 Last week, Hélène concluded her busy summer period in Europe, which included performances at the Schleswig-Holstein Musik Festival with NDR Elbphilharmonie Orchester and in recital, and further performances at the Klavier Festival Ruhr with Jan Vogler. She received commendable reviews for all.

1st & 2nd July, Schleswig-Holstein Musik Festival / NDR / Thomas Hengelbrock
“It sounds organic, as the NDR Elbphilharmonie Orchester and Hélène Grimaud interweave motifs, which continue and evolve. In the third movement, the musicians bring Ravel’s wish to the audience: a concert must be cheerful and entertaining! In this presto, Hélène Grimaud’s hands are particularly engaging; her left hand jumps back and forth over the right for several measures, elegant, cheerful, light.” – NDR

“[Daphnis and Chloé] fits perfectly with the interpretation of the G-major piano concerto of Ravel, which is spiced with accents… The almost percussive and sovereign virtuosic clarity within the flashing series of cascades [was] melodically free.” – Kieler Nachrichten

8th July, Elmshorn Reithalle / Duo, Jan Vogler
“When Hélène Grimaud plays Debussy’s D minor sonata and Jan Vogler brings the strings of his cello to vibrate, one not only hears the strings, the sound and sound waves, but there is a lot more, which is almost indefinable. It is the pedal of the grand piano, which gives a subtle rhythm, it is the arc of delicate waves which go beyond the notes played on the cello. And it is, above all, the almost inexpressible expectation which lies in the deep chords, in the longest fermata, in the soft, gentle transitions somewhere between dissonance and consonance.” – shz

10th July, Klavier Festival Ruhr, Essen / Duo, Jan Vogler
“[It was] fascinating, as Grimaud and Vogler transformed Debussy’s Cello Sonata into a fragrant, light, poem of melodies, giving the instruments fine melodic lines and delicate colours. The opening of the Brahms was dreamy and light-hearted…” – Ruhrnachrichten 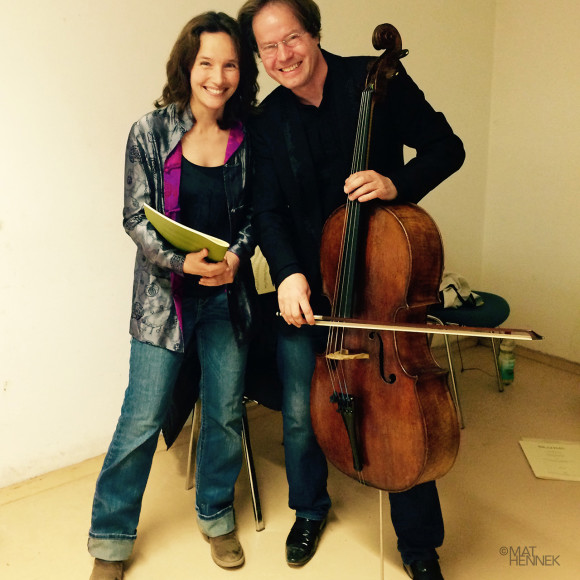 Later this month, Hélène travels to Hamburg to continue her collaboration with fine art photographer, Mat Hennek, performing their project “Woodlands and Beyond…”. She then joins NDR Elbphilharmonie Orchester and Thomas Hengelbrock for an all-Ravel programme, as part of the Schleswig-Holstein Musik Festival. She will also perform in recital at the festival, and as a duo with cellist, Jan Vogler. Hélène and Jan will perform together again at the Klavier Festival Ruhr, shortly after, at the Philharmonie Essen.