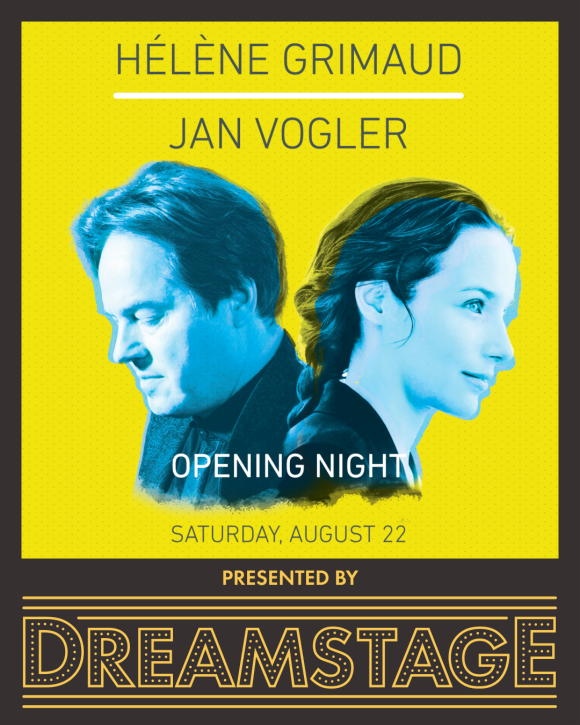 The French pianist Hélène Grimaud and the German cellist Jan Vogler are a dream team. Hélène has enchanted worldwide audiences with her authentic and original interpretations and performs regularly with the top orchestras of the world. Jan is one of the greatest classical cellists of our time, but has also surprised the music world with projects like ‘New Worlds’ with actor Bill Murray and appeared in concert with the legendary Eric Clapton.

Hélène and Jan are friends who understand each other instinctively and deeply. They have been performing together since 2003. For their debut on Dreamstage, they have chosen a program assembling highlights of the greatest compositions for cello and piano of all time.

In cooperation with Dresden Music Festival

Support the artists by buying your ticket to this premium live performance on Dreamstage! One ticket serves a whole family and friends watching together. Dreamstage never streams pre-recorded material.

Opening Night The French pianist Hélène Grimaud and the German cellist Jan Vogler are a dream team. Hélène has enchanted worldwide audiences with her authentic and original interpretations and performs regularly with the top orchestras of the world.